Maryam Aras is a doctoral researcher in Iranian Cultural Studies, Modern History and Literatures at the University of Bonn. She obtained her M.A. in Oriental Studies, Political Sciences and American Literature from University of Cologne. Before enrolling at BIGS-OAS, Maryam worked as a journalist, covering cultural matters across Iran and the German diaspora. In her dissertation, she focuses on Iranian maddāhī, a popular Shiite singing ritual, and its current political relevance. She is especially interested in Postcolonial Studies, diaspora and identity, Gender Studies and History of Ideas. As an editor at BOAS_insights, Maryam is responsible for Modern Iranian and Middle Eastern Studies contributions.

Amna Saeed Gillani is a Lecturer at Government College University Faisalabad, Pakistan. Amna holds M.Phil degree in Art & Design from University of the Punjab, Lahore Pakistan. Currently based in Bonn as a DAAD scholar, she is a doctoral candidate at the Department of Asian and Islamic Art History, University of Bonn. Her work focuses on Mughal Art and Architecture with a special emphasis on the city of Lahore, Pakistan. At BOAS_insights, Amna is chiefly responsible for the technical set up of the journal as well as editing the contributions from South Asian Studies. 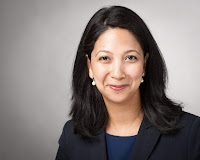 Laleh Gomari-Luksch is a German-Filipino-Iranian PhD graduate of the University of St. Andrews and the University of Tübingen where she taught undergraduate modules on foreign policy and international security as well as a postgraduate module on Iran’s foreign policy. The German Friedrich-Ebert Foundation funded her doctoral research. She holds a master’s degree in Peace Research and International Politics from the University of Tübingen. Her dissertation entitled Realism, Rationalism and Revolutionism in Iran’s Foreign Policy: The West, the State and Islam, has been published online. Her other publications include: ‘The Great Satan and the Axis of Evil: The politics of demonization in Iran and the United States’, a co-authored piece called ‘An Eye for an Eye: Bargaining Theory, Mistrust, and the Iranian Nuclear Crisis’ and an online essay entitled ‘Understanding the Saudi-Iranian Cold War: A Road Map’, in Global Politics. She specializes in Iran’s foreign policy, particularly Iran’s relations with the West, and politics in the MENA region. At BOAS_Insights, she is responsible for contributions related to politics in the MENA region.

Florian Saalfeld is employed as a research assistant in the DFG-funded Collaborative Research Centre 1167 "Macht and Herrschaft - Pre-modern Configurations in Transcultural Perspective" and a doctoral student at the Department for Oriental and Asian Studies at the University of Bonn. He received his B.A and M.A. in Arabic Studies, Islamic Studies and languages and cultures of the Christian Orient from the University of Halle (Saale). Research trips led him to Egypt and Lebanon. Using a literary approach, he is currently working on an Indo-Persian Chronicle of the 14th century Delhi Sultanate. He is supporting BOAS_insights with his technical expertise and as an editor for contributions coming from Islamic Studies. 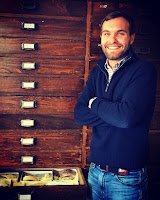 Greg Williams is a doctoral student at the University of Bonn and member of the research unit in Islamic Archaeology there. Greg has conducted field projects in Spain, Jordan, Israel and the Palestinian Territories. His current research is based in Aswan, Egypt as part of ongoing excavations under the joint mission of the Egyptian Antiquities Authority and the Swiss Institute for Architectural and Archaeological Research on Ancient Egypt in Cairo. 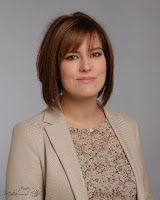 Sibylla Wolfgarten is a doctoral student and research assistant at the Department of Oriental and Asian Studies of the University of Bonn. Within the scope of her doctoral project, she explores the transfer and semantical changes of political concepts in the Turkish Republic of the 1930’s, focussing on publishing activities of the Kadro Movement (Kadrocular, 1932-35).  Furthermore, she is attended to the task of constructing and creating a corpus of primary sources that provide insights into the Republican History of Turkey. Within a defined translation project, the corpus will be later translated into German.  Besides she teaches B.A. and M.A. classes in the History of the Tanzimat Epoche of the late Ottoman Empire and Republican Turkey. At the same time, she teaches Turkish at the Oriental Department of the University of Cologne. Before changing her subject area, she received her Master’s Degree in Translation Studies at the Department of Language, Culture and Translation at the Johannes Gutenberg University of Mainz (Germersheim) and her Bachelor’s Degree in Multilingual Communication at the University of Applied Science Cologne (now Technical University Cologne). At BOAS_Insights Wolfgarten is responsible for contributions related to historical and contemporary issues of the Late Ottoman Empire and modern Turkey. 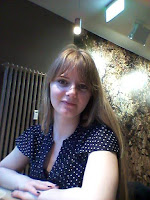 Vicky Ziegler is a doctoral researcher in Islamic Studies at the University of Bonn. She holds university degrees in Arabic Studies and Conference Interpreting Arabic/ German from the University of Leipzig. Her research interests include the history of sciences in the Islamicate world, especially the history of alchemy, and the Arabic manuscript tradition. She spent research trips in Syria, Egypt, Lebanon, Tunisia, Morocco and Oman. In her PhD project, which is funded by the German Avicenna Foundation, she analyzes an alchemical work of the Andalusian bāṭinist Maslama b. Qāsim al-Qurṭubī from the 10th century.